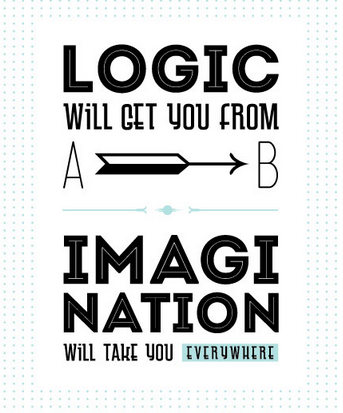 “I don’t know I just hate all of it,” I told my Media Design professor, walking back to my monitor to show her my Cipe Pineles project, “don’t get your hopes up.”

As I scrolled through InDesign for my professor, she claimed it wasn’t as helpless as it seemed. I suggested about five different and better directions I could take it in, but she reminded me that the project due date was nearing and I wasn’t exactly ahead of schedule. Unfortunately true.

It’s often said we’re our toughest critic; but when the other option is your grade or job performance reflecting that missed detail, how could we not be? The issue with this self-criticism isn’t that it exists or is too prominent, but rather that it isn’t balanced by self-advocacy.

This summer at my internship, I redesigned a mundane product document to make it more engaging, effective, and brand conscious. However, due to a tight deadline and miscommunications, it wasn’t perfect and couldn’t be used for the approaching event. Although disappointed, I didn’t have the same urge to delete it all and start from square one that I experienced the other day.

Instead, I saved it in one of my folders, for no other concrete reason than the fact that I liked it.

Certain this design would have a time to shine, I mentioned revising it a few times for the events between July and November but it never seemed to be priority. Eventually with the right audience and timing, I got the green light to make a few changes and bring the document back on the table. This turned into many changes, every draft better than the former.

art of designing, creating and writing for someone other than myself, their critiques will catch things I don’t see or to be honest, that I wouldn’t be motivated to perfect if it didn’t affect anyone else.

So what if we have it wrong? Are we meant to be our toughest critics, perfecting things before they see the light of day, even if that sometimes means they’ll never leave a buried folder?

While there’s obvious value in this, I think we need to put more of our energy into following ourselves down the rabbit hole, then perfecting that vision until everyone can see it. This means spending less time brainstorming for that flawless consensus moment; it won’t exist if someone doesn’t dive fully into their creativity and advocate for themselves.

Staring at my Cipe project, I thought of this scenario, and decided to move my project in a direction I could be excited about. Despite the tight deadline, a project I want to work on will be completed to higher quality and well before a project I am dreading. At the end of the day, your coworkers, professors and audience are there for critiques; but if you don’t advocate for yourself, your creativity, who will?