“I’ll really talk about anything,” I confirmed to a coworker who told me she listed me as a referral at a local salon, “Really anything I do or use, I’ll recommend it to everyone.” As a proud new participant of a CSA, this proves no different.

I signed up for the Good Acre Twin Cities CSA once seeing it posted at my Corepower Yoga studio. Signing up for a half share (good for two people or one vegetable crazy person), this seemed like a great way to try new fruits and vegetables and be pushed out of my cooking comfort zone.

Sure enough, the last two weeks, I’ve received bunches of rhubarb and have had no clue what to do. All I could think of was rhubarb pie, which is quite for a non-baker like myself. Committed to consuming each week’s selection before the next pick up, I realized it was time to embrace the apron. But not the pie.

This was more mild than I was expecting, so I’d recommend serving with butter or whipping up a glaze to put over it. (Pretending that I can just whip up a glaze- so in my case, google it hard) 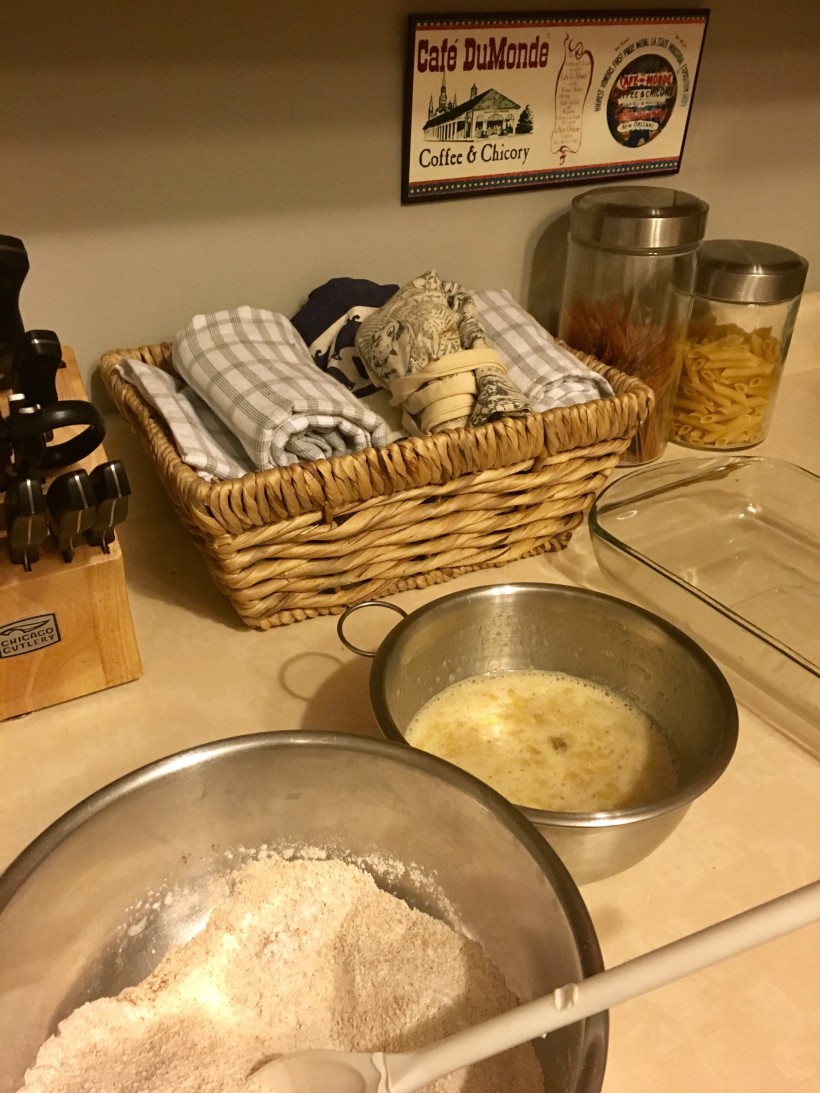 Crumble Topping
In a bowl mix together brown sugar, cinnamon, flour and oats until combined. Use a fork to mash in the softened butter until crumbly. Stir in the pecans until combined; set aside and prepare filling.

I’m a huge fan of any baking that calls for just stirring. The second I see the word zest or sift, I’m out. Enjoy how easy this is!

Rhubarb Strawberry Combo
Grease an 8 inch square baking dish or something of a similar size and set aside; Preheat oven to 400F degrees.

In a large bowl, mix together the chopped rhubarb, strawberries, brown sugar, vanilla, cinnamon and nutmeg. Pour into prepared baking dish, cover with foil and bake for about 25 minutes or until the rhubarb is just starting to get tender.

Remove dish from the oven and lower the temperature to 350 degrees. Sprinkle the crumble evenly over top. Return to the oven to bake uncovered for another 15 minutes or so or until the crumble is golden and the filling is bubbling at the edges.

Remove and cool for 5-10 minutes. Awesome served warm or cold! I didn’t think these would stay together at all, but once chilled they’re very stable. 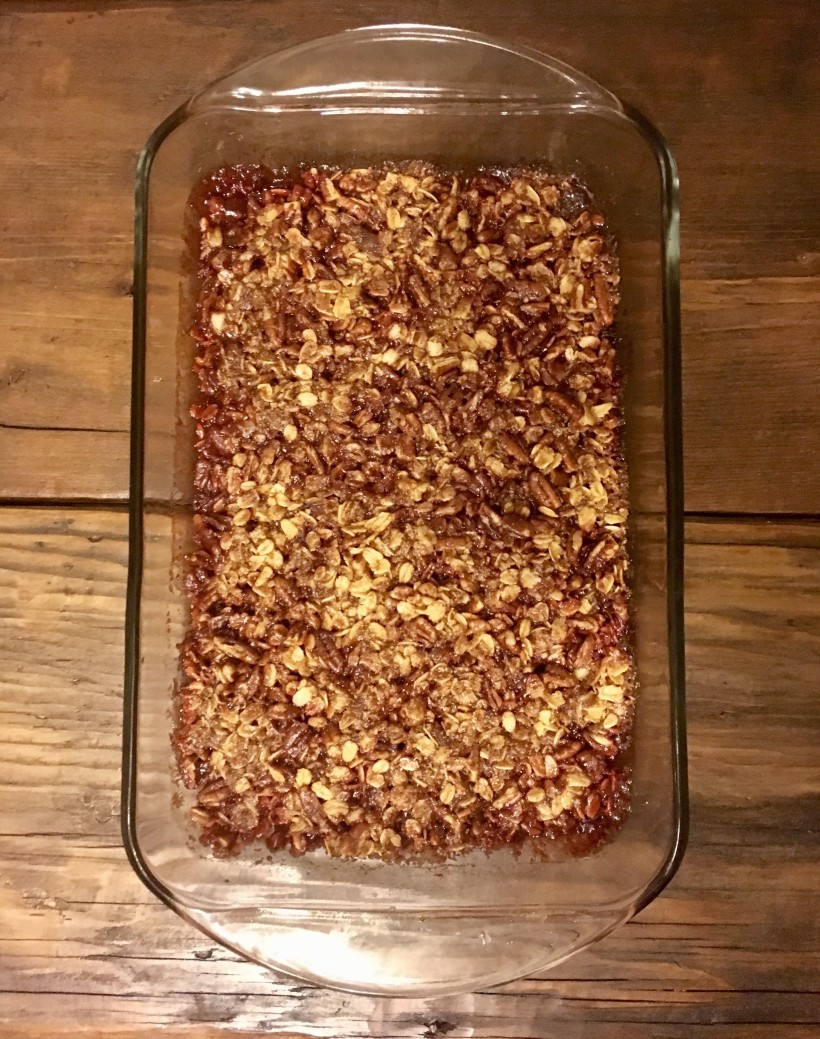 Pro tip- when in doubt, follow the instructions on the box. I do think I get 30% credit for making this recipe up, though all I did was add banana and rhubarb to the Bran muffin recipe on the ____ box, without making any other adjustments. There was a pretty good chance these would be too liquidy as a result, but they turned out great! Considering it made 24 large muffins and 12 mini ones, that’s great news for me. 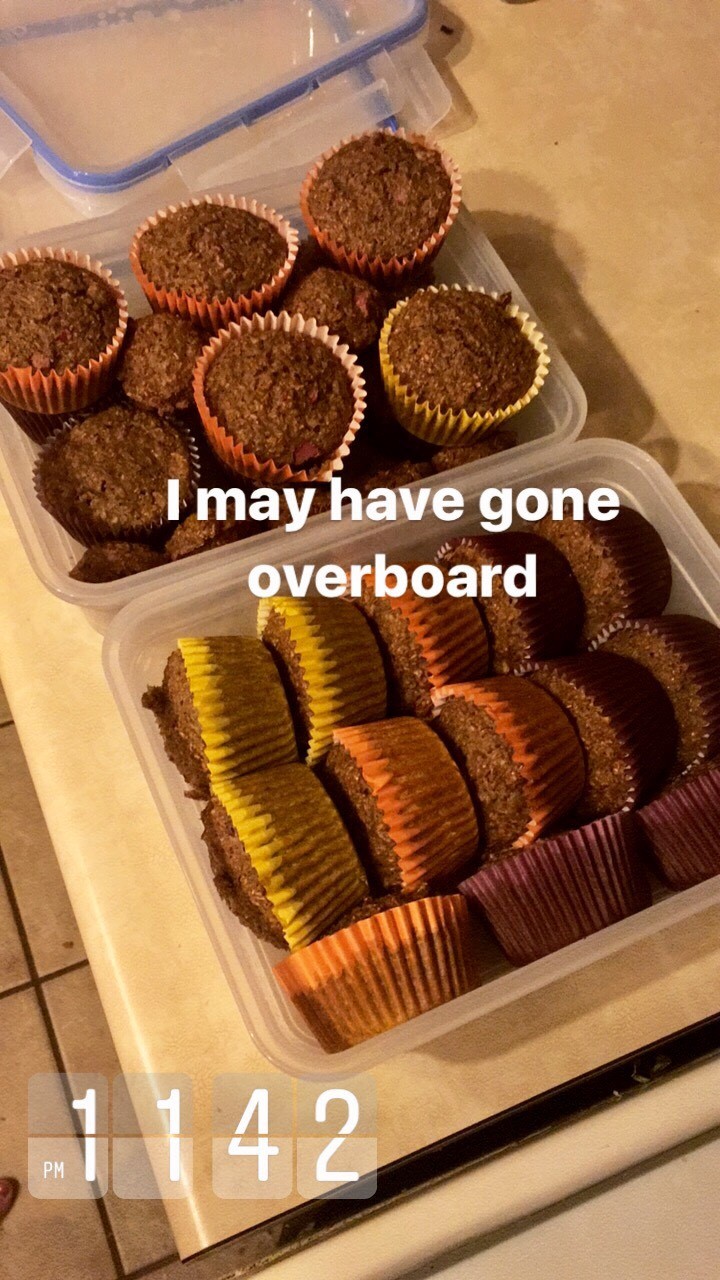