“Do you travel like this, as a family, often?” We were asked again and again throughout our recent 19 day trip through Southern Africa. 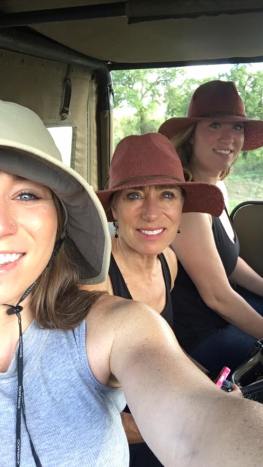 Early on in our travel group of 30, we were identified by our matching blue eyes. We fielded constant concerns of my dad and sister getting sunburnt (Lindsay later to be nicknamed “The Red Apprentice”). We made iPad crossword puzzles all the rage for long bus rides, and my dad’s commentary dubbed him the Assistant Tour Guide. Our harmonious cackles often erupted without a moments notice, as a preface to the next story we needed to share with the group. In short, it’s easy to tell that the Reeds are related.

Due to our family’s ties to Southern Africa, I wasn’t sure how being in a tour group of mainly empty-nester couples, a few families, a spunky mom-daughter duo, and a couple on their honeymoon would impact the trip and its importance.

When I first met our SmarTours guide Shaun, he didn’t strike me as having the energy I had expected from the group travel I had done as a high school and college student. As time went on, I found that instead of encouraging ice breakers or making lame jokes, his energy came from his passion for South Africa and his pride in sharing his life experiences- even when raw and unfiltered.

He took interest in my dad’s years growing up in Africa, and we built a strong connection with him by asking questions of him outside of the trip logistics. I think he could tell my sister and I had never read the trip’s itinerary, and we’d rather hear his stories than find those details out any time soon. 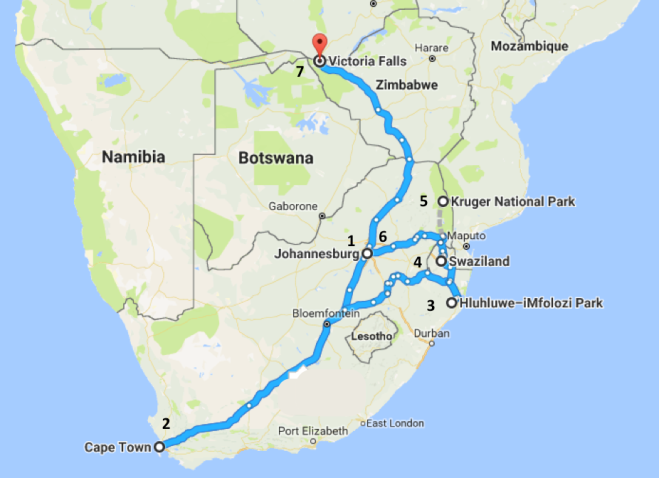 We wanted to keep taking in what it felt like to be in this place we had heard about our entire lives. We never stopped springing out of our seats for roadside baboons or elephants (including me waking up from a nap because I heard “whale,” which turned out to be a rock).

One of my grandpa’s go-to sayings was, “You can’t pick your family, but you can pick your nose.” As right as he is, it was more evident on this trip that there were other people I didn’t pick as my own.

One elderly woman was not just happy to be there. The Chief of the tribe we visited interpreted her name as Pilis, so we’ll call her that. Rather than getting to know the local hotel staff, she barked out orders for two weeks and accused them of stealing from her.

She would play up her frail age (85- which is impressive) if it scored her some perks, and was miraculously a spring chicken at any time that something cool was a long walk away. Pilis showed her stripes early on by stealing Cape Town bumper stickers because she didn’t have any Rand, the local currency. Needless to say, she thought tipping was optional. Her self awareness was minimal if existent. She wondered what was all the hype about bug spray- “Are we were going into the woods??” Close, just dodging malaria. 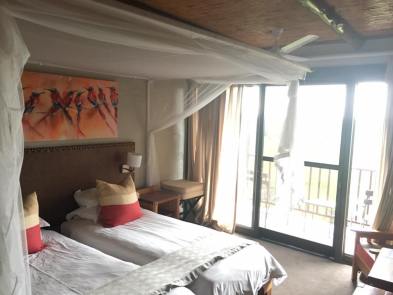 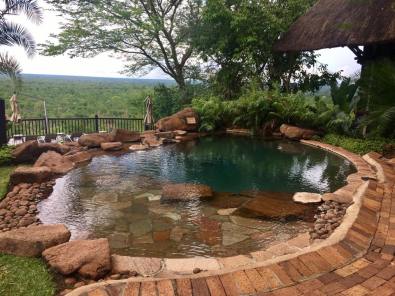 Then came time to check out of our amazing Victoria Falls lodge; and we found out that Pilis had disputed her bill from a facial she had gotten the day before. She claimed the facial bruised her because it was too much pressure. By refusing to pay the $60, Lydia, the masseuse and local Zimbabwean, had to make that money back to her boss, out of pocket.

We were furious. I felt sick to my stomach as my friend Wendy relayed this story. Wondering what we could do, I realized I had the perfect amount of US cash in my purse to cover the costs and add a tip. I am notorious for never having cash, so it felt far from coincidence.

I went to the front desk and asked for my money to cover the elderly woman who had refused to pay. When it came time to leave, Wendy introduced me and my sister to the woman that had handled the interaction with Pilis. Unfortunately, the story gets worse.

She was overjoyed that the masseuse Lydia was not going to have to pay, and explained that this ordeal had started right when she arrived for her facial. Pilis brought the clothes of her late son and offered them in exchange for the service.

Pilis got angry when Lydia refused, and reminded her that she lives in Zimbabwe so she could surely use these clothes.

The woman agreed with our horrified expressions and explained, “As Zimbabweans, we refuse to be pitied. We hold our heads higher, and we smile bigger for the next person. We don’t let people like her define us.”

I was still heartbroken for all of the people who Pilis had hurt, but that I had done what I could in the Reed way. That we had been raised better, surrounded by true values, and taught to make a friend in everyone. 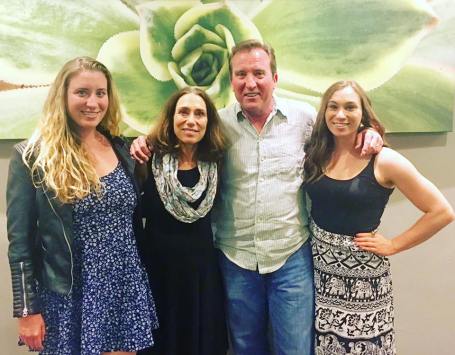 When it came time to leave Victoria Falls, our Tour Guide, Douglas, asked me why I was crying, and after hearing the story, he said of Pilis, “She must have some troubles she carries on her back.”

I can’t point to Pilis to make a case for traveling in groups, but I can point to the community that was created with all of the others. There’s endless [positive] stories, adventures we could have never done on our own, and friendships our family will hold dear.

We showed them our worst, and they still responded with their best.

It’s hard for me to picture this trip being just the Reeds, because whenever the group got to be sensory overload, we had solace in dinner for four, combining our rooms for happy hour, and staying up late to play euchre under the stars.

I can’t imagine how much Pilis’ stories of Africa will differ from the ones I heard growing up from my grandparents. But I can share my own, and encourage you, whenever possible, to go make your own.